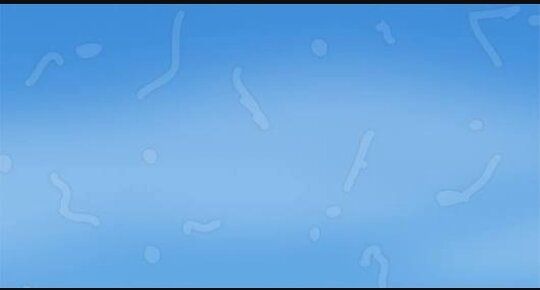 What is the Vitreous?  The vitreous is a clear jelly-like substance within the eye which takes up the space behind the lens and in front of the retina, the light sensitive layer at the back of the eye. It is 99 per cent water. The other 1 per cent consists of substances which are important in maintaining the shape of the vitreous.

The outer part of the vitreous (the cortex) has the highest concentration of collagen. The vitreous is attached to the retina, more strongly in some places than others. When a PVD starts the jelly comes away from the retina.

What are the symptoms of PVD? Many people are not aware that they have developed PVD but some notice symptoms such as floaters or flashing lights. Floaters can take many forms from little dots, circles, lines, to clouds or cobwebs.

Can anything be done to help with the PVD? Unfortunately at the moment nothing can be done medically for this condition, usually people find that the symptoms calm down after about six months and people do eventually get used to living with the floaters. The brain tends to adapt to the floaters and eventually is able to ignore them, so they then only become a problem in very bright light.

Will I lose any sight? Posterior vitreous detachment does not in itself cause any permanent loss of vision. Your visual acuity should remain the same that is you will be able to see just as you could before the posterior vitreous detachment started. You may have some difficulties to begin with because of the floaters and flashing lights though these do not cause permanent sight loss.

The only threat to vision is the small chance of a retinal tear leading to a retinal detachment. It is important to stress that retinal tears and detachments are much rarer conditions and that very few people with PVD go on to develop either of these problems.

Are retinal tears serious? Sometimes the vitreous is so firmly attached to the surface of the retina that as the jelly collapses it pulls quite strongly on the retina. In a few people this may lead to the retina tearing which in turn could lead to a loss of vision because of a retinal detachment. Warning signs of a retinal tear or detachment could be an increase in size and number of your floaters, a change / increase in the flashing lights you experience or a blurring of vision.

If you experience any of these symptoms you should seek medical advice within 24 hours. This is particularly important if you notice a dark “curtain” falling across your vision, as this may mean that the retina has already partially detached. Early intervention may allow treatment of a tear before it becomes a detachment and increase the chances of a good recovery from a retinal detachment which has already occurred.

It is important to remember that PVD has been estimated to have occurred in over 75 per cent of the population over 65, that PVD is essentially a harmless condition although with some disturbing symptoms and that it does not normally threaten sight.

Will I need to keep seeing my doctor? Your ophthalmologist (the hospital eye specialist) will give you a thorough examination during your first visit. They will pay special attention to whether or not the retina is in any danger. If it isn’t then they may not need to see you again. However if you begin to experience the symptoms warning of a possible retinal detachment, such as increased or definite change in floaters more severe flashing lights and / or a ‘curtain’ falling over your vision then a trip to the doctor is again necessary.

Is there anything I can do to cope with these annoying symptoms? Floaters can be particularly annoying. They get in the way of seeing things and can make some things difficult, for example reading a book. There is a way of trying to cope with this that some people find useful. If you move your eyes around you can create currents in the jelly within your eyes this can sometimes move the floater out of your direct field of vision. This works best if you have one large floater rather than lots of small ones. Making things bigger can also help while you have floaters so that you are able to see things around the blank spots the floaters cause. However most people find that with time the floaters become less and less of a problem.